So today, I made my way up to Munich.
Got up at 4:15, started the morning with some meditation+magic 10.
cooked some breakfast and made my way out of the house around 5:20
got on the local bus at 5:45 to the Bern main station.

From there, i got on the train to Zurich at 6:02
arrived at Zurich around 7:05
You might wonder why take the bus from Zurich when you can take a train to Munich. Well, Angela, our lovely family member of the jivamukti family, suggested a very cheap and fast bus ride.
25Euros from Zurich to Munich!!!

But the bus to Munich was scheduled for departure at 7:30 so i was a bit worried, but i was able to find the bus stop quite easily and had plenty of time to stretch out a bit.

the bus ride from Zurich to Munich was about 3:45 min.
And it was smooth… I have ridden some real interesting bus rides back in the days, between Nepal and India so 4hours on an actual road felt like nothing. 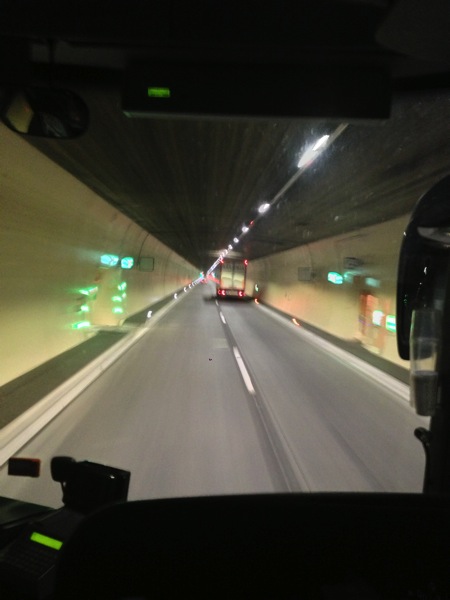 photo taken on the bus.

I got a sim card at T-Mobile as soon as i got to germany.
the beautiful thing about having a sim-free iPhone is that it allows me to use any sim card in the world. And it allows me to do so many things(like find vegan restaurants near by, etc.)

got to the center around noon.
and i was greeted with this flyer. 🙂 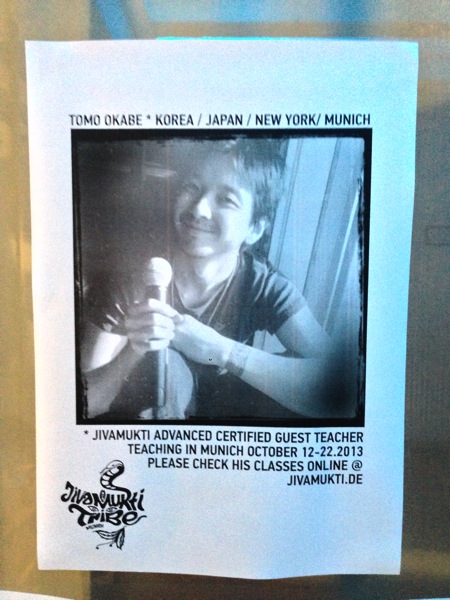 teacher training photo. 🙂
speaking of which, the fab 4 reunion project is on the way…

Went to Tushita Teehaus to get some lunch.

teashop that serves light meals and its VEGAN!!!
one of my favourite places here in Munich.
i came to this restaurant two years ago when i was in munich to take the advanced board exam.

it was really nice. 🙂

one of the things i love about Germany is the fact that people bring their dogs inside the restaurants.

came back to the studio and i taught the 16:30 basic class.
i was supposed to start teaching from the 11th of October but
since Petros had to do a shoot today, he asked if i could sub for him and there i was. 🙂 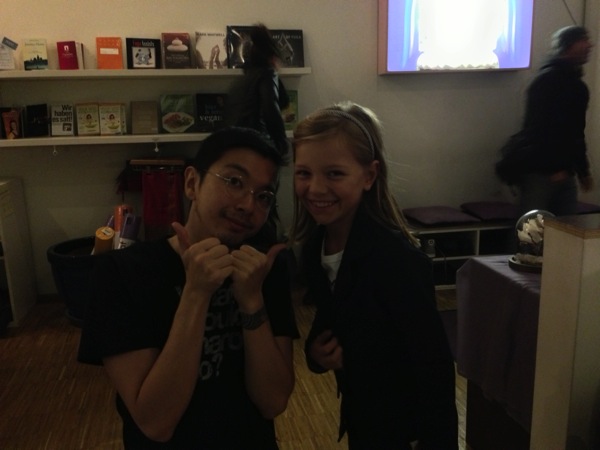 this is a picture of a girl who took her first yoga class!!!

i found a guy selling a ticket in front of the venue for 25 euros. a lot cheaper than the face value and the show was sold out…

the show was amazing and that was what my day was like.
quite beautiful and amazing.